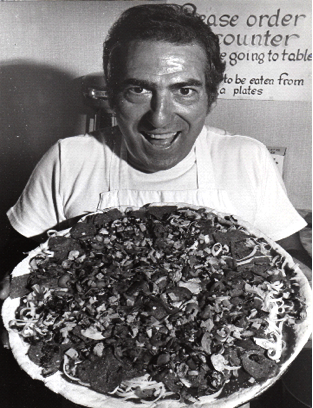 As an immigrant from Sardenia in 1959, Salvatore Pittui came to Canada to find work in order to support his family back home. At the age of 26, he had the courage to leave his family, friends and the only home he ever knew, to come to a strange country, with very little English, and make a new life for himself. His first jobs were in construction, but soon discovered his passion was to share his culture and its cuisine.

He partnered with a friend to start a restaurant in Rouyn, Québec. A few years after this, he decided to spread his wings in a new venture of his own. He set off on the highway one Monday morning in 1970 for Timmins. What he discovered, was this beautiful town on his route, Kirkland Lake. After driving around Kirkland Lake, he quickly discovered that this would be a great place to work and raise his family. 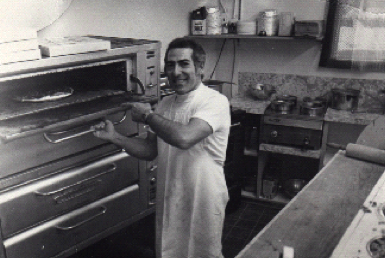 In 1970, he started his own Italian restaurant, Dino’s Pizzeria, establishing the first and only pizzeria in Kirkland Lake. His mission, since his arrival to Kirkland Lake, was to introduce and share his love of authentic pizza to the area. He worked tirelessly to establish Dino’s Pizzeria not only as the successful business it is today but also an active member in the community. Officially retiring in 2005, Mr. Pittui made sure that the clients of Kirkland Lake still received the great meals that he had perfected so many years ago under the new ownership.

In March 2005 Kirkland Lake native Serge Genier took over Dino’s Pizzeria. While keeping the original family recipes the same, Serge introduced a whole wheat crust and in working with the local schools, he created a pizza that conformed to the Healthier Menu Guidelines.

In July 2015, a second location of Dino’s Pizzeria opened in Ottawa. It all came about when Serge’s nephew asked why doesn’t he open a second location in Ottawa so that he can eat his favourite pizza at any time. This suggestion became reality once Serge found the right business partner. Wayne Adair is the managing partner in Ottawa and operates the new location using the same family recipes and traditions that have made Dino’s in Kirkland Lake the success it is today.